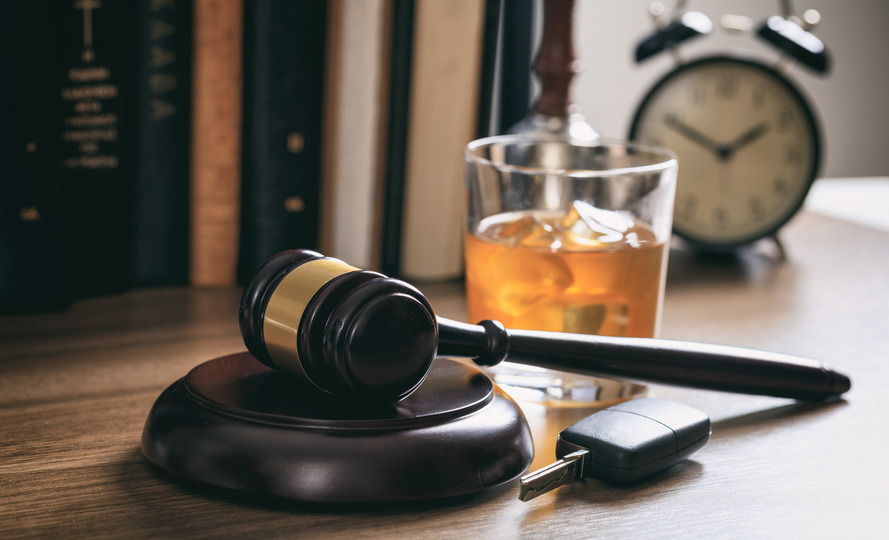 In the state of Oregon, driving under the influence of intoxicants (DUII) is taken just as seriously as other states' driving under the influence (DUI) violations. When you consider the fact that around 90 people die in motor vehicle crashes every day, the severity of the punishment makes plenty of sense. Let's take a look at what you can expect to happen if you're lawfully arrested for DUII in Oregon.

"First offense" is kind of a blanket term that encompasses everyone who hasn't had a DUII/DUI in the past five years. "Driving under the influence of intoxicants" can be determined through a BAC test, though you can certainly be arrested if the officer believes or knows you to be impaired by alcohol, drugs, or a combination of the two. Regardless of the details of your arrest, your first move should be to contact DUII lawyers/DUI lawyers or DUI law firm to act in your defense.

If you're lawfully arrested and are found to have a BAC level of .08% or more, you'll usually face a 90-day license suspension. Refusal to submit chemical testing violates Oregon's implied consent laws and will likely lead to a year-long suspension of your license. A DUII conviction also carries a one-year license suspension, so it's better to be as helpful as possible during the process.

If you end up being convicted, you'll be required to have an ignition interlock device (IID) on your vehicle for the year following your suspension period. Hardship permits, which allow you to drive to and from necessary places (such as work, doctor's appointments, or treatment for substance abuse) also require IIDs during that one-year suspension. Plus, since you're the one who broke the law, you're responsible for the costs of the having the IID installed and maintained.

All drivers convicted of DUIIs in Oregon must also complete a screening interview to determine if a substance abuse treatment program is necessary; if a program is recommended, you must complete it, and cover all costs involved.

Fortunately, you'll have your DUII lawyer by your side throughout this entire experience. They'll be able to walk you through each step of the process, explaining what's going on and what it means for your future. Since the role of the DUII lawyer is so vital, it's extremely important that you not wait to contact one for assistance in your defense.