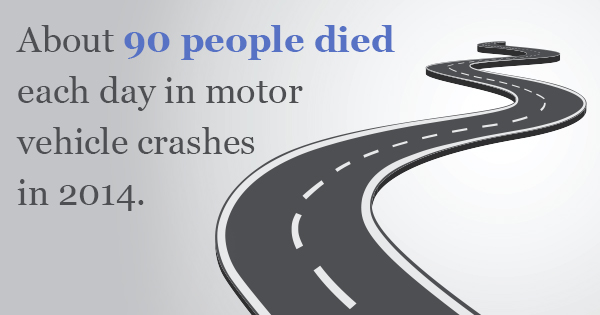 Even though the snow and ice have all melted away, that's no reason to be any less diligent when you're on the road. The truth is, though many drivers don't see summer as a dangerous time to drive simply because these risky weather conditions are eliminated, there are actually a number of risks associated with summer driving in particular. From the breaking of DUI laws to distracted driving and more, summer's a risky time to get behind the wheel. Here are just a few of our top tips to keep you safe on the roads this summer.

Maintaining visibility in spite of the glaring sun coming through your windshield isn't always easy, but it's important, considering the increase in cyclists and pedestrians on the road. Make sure you can see clearly regardless of the bright sun by getting a pair of sunglasses with sufficient UV protection. It's even a good idea to get two pairs of sunglasses, so that you're able to keep one pair in your car at all times. It's always better to be prepared, and you may be surprised at the difference a simple pair of sunglasses can make.

Be Cautious Near Construction

With the summer months comes the inevitable influx of construction projects slowing down the roads. Not only is this inconvenient, but it's actually dangerous, as construction zones are notorious for putting drivers at increased risk of accidents. With that in mind, experts say it's always better to exert some extra caution when you're driving near a construction zone.

Be Aware of Teenage Drivers

With school out of session for the summer, teenagers are out of school, meaning more of them are on the roads. Repeated studies have shown that teenage drivers are more likely to be involved in accidents than drivers of other age groups, simply due to their lack of experience and occasional overconfidence. Of course, some of them also make serious mistakes like driving under the influence. Criminal law already makes it illegal for those under the age of 21 to consume alcohol, but that alone makes it tempting to try for teens who want to rebel. Getting behind the wheel while intoxicated is just another potential risk that can result from underage drinking. That being said, if you're the parent of a teenage driver, make sure they understand the importance of driving only while sober and understanding DUI and criminal laws.

About 90 people died each day in motor vehicle crashes in 2014, and 6,400 people were injured. Keeping these tips in mind can keep you safe while driving all summer long. For more information about criminal laws or what to do when being charged with a crime, contact Rhett Bernstein.