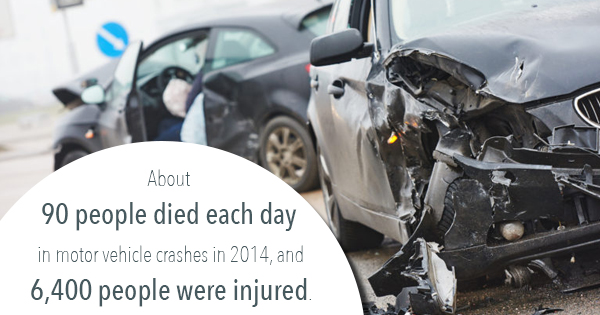 About 90 people died each day in motor vehicle crashes in 2014, and 6,400 people were injured. There's no denying the risks that come with getting behind the wheel at any time of the day, night, week, month, or year. But while many drivers assume that winter is the most dangerous season for driving, they tend not to recognize the very real dangers that come with summer driving as well. As a result, they fall for some common myths that lead them to neglect their own safety. Here are just a few summer driving myths you just shouldn't believe.

DUI rates remain the same year round
This may sound realistic, but it's not -- if you think about it, summer is the optimal season to enjoy a few drinks with some friends. But this also means that more drivers get behind the wheel when they're intoxicated and cause accidents and injuries. There are undoubtedly more DUI arrests during the summer season, especially during holidays like the Fourth of July. So be on the lookout for drivers who may have imbibed a bit too much and brush up on your defensive driving skills. And of course, call reliable DUI lawyers if you happen to get in trouble with the law.

The lack of snowy conditions make the roads safer during the summer
Again, though this may sound logical, it isn't quite true. Summer may not come with snow, but it often comes with heavy rains, not to mention significant amounts of visibility-reducing sunlight and glare. Wet pavement can be a big cause of severe accidents due to hydroplaning, so make sure to slow down when driving during heavy rainstorms. Better yet, avoid driving, if possible. Similarly, invest in a good pair of driving sunglasses for when the glare starts to impede visibility.

Driving during the daytime is safest during summer
Finally, many people neglect the fact that teen drivers are on the roads during the summer, making them more prone to accidents. No matter what time of day it is, always be on the lookout for the inexperienced or distracted teen driver.

Though it's good to be aware of these myths, it's always ideal to know what to do when being charged with a crime related to your driving. Don't hesitate to get legal representation if you ever need professional advice. For more information about how to find the right legal representation, contact Rhett Bernstein.