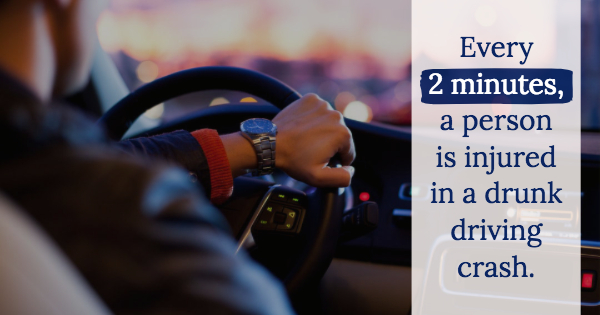 Despite decades of research, awareness campaigns, and new legislation, drunk driving remains an epidemic across the United States.

Every day, almost 30 people in the U.S. die in alcohol-related incidents -- that's one drunk driving fatality every 48 minutes. Every two minutes, a person is injured in a drunk driving crash. And every single day, people drive drunk almost 300,000 times, but fewer than 4,000 are arrested.

Clearly, something needs to be done to combat this national issue. Though there are plenty of organizations like Mothers Against Drunk Driving (MADD), Students Against Destructive Decisions, and Breathalyser that are doing all they can to spread awareness about the dangers of impaired driving, for any significant progress to be made, it's going to have to fall on the individual.

Many of these suggestions might sound simple, because they are, but they are still extremely important and not always implemented. Here are some things that you should do to prevent a friend, family member, or stranger from getting behind the wheel after drinking:


Hopefully you're able to control yourself and make better decisions so that it doesn't come to actually needing a DUI attorney, but people make mistakes -- and legal assistance is often needed. Instead of handling these complicated situations by yourself, which could be financially and emotionally stressful, it's best to consult with a trusted DUI law firm and work with professional DUI attorneys.

There are over 1.3 million attorneys in the U.S., many of which are experienced DUI attorneys. If you are in need of professional legal assistance or want to learn more about various DUI laws, contact Rhett Bernstein right away.